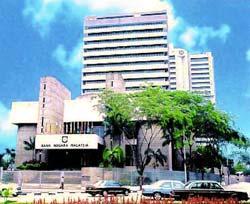 The Bank Negara Malaysia or the Central Bank administers foreign exchange control regulations with a liberal and uniformed transactions with all countries, with the exception of Israel, Serbia and Montenegro; special restrictive rules apply to transactions with these countries.

Export proceeds are required to be repatriated in accordance with the prescribed manner and the payment schedule as specified in the sales contract, which currently is limited to six months from the date of export. The export proceeds in foreign currency other than the restricted currencies repatriated must either be sold for Ringgit or retained in a foreign currency account, subject to overnight limits of between US$1 million and US$10 million.

Exporters are required to complete Form KPW X for each shipment exceeding RM100,000 f.o.b and submit quarterly statements to certify the receipt of all export proceeds. However, exporters who declare their export through EDI (Electronic Data Interchange) system are not required to submit Form KPW X, with effect from 1 January 1997. 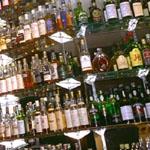 The Malaysian tariff nomenclature is in accordance with the International Convention on the Harmonized Commodity Description and Coding System (HS) and the Standard International Trade Classification (SITC).

These tariff schedules apply to all items, with the exception of certain goods, mainly petroleum products and live animals.

The exception also extends to goods either manufactured locally or abroad that are transported between Peninsular Malaysia, Sabah and Sarawak.

Malaysia adopted the World Trade Organisation’s (WTO) procedures for valuing imports, effective January 1, 1998 determining the value of the goods based on the transferred price, rather than the previous Brussels Convention method of accessing the open market value of the goods.

Under AFTA's CEPT scheme, ASEAN member countries have agreed to progressively reduce import duties, ranging from zero to 5%, on all products. The six original members, namely Brunei, Malaysia, Singapore, Thailand, Indonesia and the Philippines, will fully implement CEPT by 2003?. The other member countries namely Vietnam, Laos, Myanmar and Cambodia, will be fully implementing CEPT in 2008. 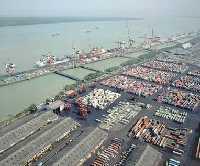 Malaysia has signed BTAs with more than 61 countries as of March 2002, to facilitate, strengthen and diversify trade and provide for the easy transit of commercial goods and facilitate implementation of promotional programmes.

BPAs have helped strengthen South-South trade co-operation with other central banks, and diversify exports to non-traditional destinations. A BPA is a settlement system that converts the commercial risk relating to trade into a sovereign risk as the central banks of any 2 countries guarantee payments in domestic currencies to their domestic exporters. BPAs with 31 countries to date have resulted in a significant increase in trade with non-traditional markets, from RM2.4 billion in 1987 to RM26.7 billion in 2000.

Malaysia has signed DTAs with 56 countries. These provide for the avoidance of double taxation on income such as business profits, dividends, interest and royalties that are derived in one country and remitted to another.
About Malaysia| Why Malaysia| Quality| Transport services| Trade Regulations
Copyright © IBMALAYSIA 2005
This site is best viewed with Internet Explorer 4.0 and above.